How to tell employees that I don't mean my insults seriously?

I am the manager of a small team of programmers. I usually have a hands-on approach. I tell, they do. Often there are problems and I have to fix things they can't handle or I have to tell the higher-ups that there are delays and so on...

Because of this I am sometimes a bit angry. I don't scream at them as other people may do but I sometimes curse but in a clearly joking way.

Ey egghead nice work. The interface has an error in Menu 3b. Fix that!

Or after a long meeting with my higher-ups where they conveyed that they are not satisfied with the progress a of a project, I go down and tell 'em:

Alright nerds, I talked with the big boss and everyone but Dave is fired.
(Short confused gazes..)
Just kidding but we should finish in 2 weeks max.

Yesterday my boss told me that he heard complaints about my approach to work. He absolutely stands behind me as he loves my "Just do it"-attitude but I think my cellar-nerds misunderstand me. I don't want to hurt them but they often mess things up. And I could make boring long speeches about how they all suck but that's not my style. I make a short joke and everything's back to normal for me. No hard feelings, just a joke. But they seem to take everything personally and frankly I don't want to sugarcoat everything, we are adults not kindergarten children.

You can pick any approach you like. It won't matter one bit, because the important thing isn't how you meant it, but how they're taking it. And they don't seem to like the way you're talking to them. And they don't think your "jokes" are funny.

Joke-insulting people is something that works between people who know each other, respect each other and understand each other. It's mostly a thing between friends or peers in very informal workplaces, and it's incredibly risky to do this when you're in a position of authority.

This doesn't sound like the kind of workplace where these conditions are in place, and the best way to continue would probably be to cut the "jokes", apologize to your staff for your behavior, and treat them with a more respect in the future. A "can-do" attitude does not require being disrespectful and joking about firing people.

That you refer to them as 'whiny' employees in your title suggests you have little to no respect for your team. You want to make them change to fit your personal preferences, did you ever consider you are the one who needs to change? Being 'can-do' does not mean belittling and insulting people who obviously don't appreciate your attempts at humour.

As Erik said, you can't affect how they will take a joke like that, so you need to change your approach.

As the other answers have already noted, you're not going to convince your employees that you're "just joking", because clearly they are not receptive to your management style. You're evidently a person who likes to get straight to the point, so my short answer is: do that. Cut the jokes, and just tell your employees what they need to know.

frankly I don't want to sugarcoat everything

I can understand that. You don't want to give your team false compliments. But what you're doing is actually the same, but in reverse: you're giving them false insults. You're "salt-coating", for lack of a better word.

"Alright nerds, I talked with the big boss and everyone but Dave is fired" [...] "Just kidding but we should finish in 2 weeks max."

You're giving them bad news: "we have to finish this work within the next two weeks". You're also preceding it with worse news: "if you don't finish this work in two weeks, you're all fired except Dave". Maybe that's not actually the case, but if I heard my boss say what you said, I would absolutely interpret it as an implicit threat that I'd be fired if I didn't get the work done on time. And that's not going to motivate me. That's going to stress me out. And that's not going to help the quality of my work.

So if you don't want to sugarcoat things, but your employees aren't receptive to your salt-coating, the solution is simply: skip the coating. Just say what you want to say.

Alright, I've talked with the boss, and we need to get this finished in 2 weeks max.

No sugarcoating, but also nothing that they can construe as an insult.

I think there are two problems here:

Regarding the first point, "egghead", "cellar-nerds", or "you're fired" are meant as humorous exaggeration, but they are part of sincere criticism. You do want to convey that they "suck", that they "can't handle" their work, and that they "mess things up".

I would be surprised if your employees wouldn't be insulted. They probably get that it's meant as humorous exaggeration, but they do not appreciate it given the circumstances.

The second point should be fairly obvious. Insulting humor in a relationship where only one party can use it, as others have to fear retaliation because of the power imbalance is difficult to pull off, even in a healthy manager-employee relationship (which this doesn't seem to be).

The solution here seems simple: Stop the insults, apologize, and don't let your anger affect how you deal with your employees.

In the future, address the problems directly instead of using vague insults. If there are more bugs than there should be, find out why. Is there no process in place to verify correctness? Is there not enough time allocated to that process? If a project is delayed, check and see why that is. Do employees spend the majority of their time on facebook? Then address that with the employees. Are the deadlines unreasonable? Then address that with the higher-ups. Is the problem somewhere else? Address that. This will also be more productive than insultingly telling them to "just do it".

I have worked in environments where your style is used. But that's after the time was taken to get to know each other, and it was equally distributed among peers.

In reading your question, it's very apparent you see the employees you manage as nothing more than inferior people to push around. "I say, they do" is a very narcissistic approach you take to interacting with them. Nothing about your post even hints at joking. I would likely have reported you to HR already and requested a new manager and or a new department.

You look down on your team and it seems quite clear that you have done little to nothing to build a bond and gain their respect. So it's no surprise they have complained.

There are bosses, and there are leaders. The boss type of mentality does not last very long in most workplaces. 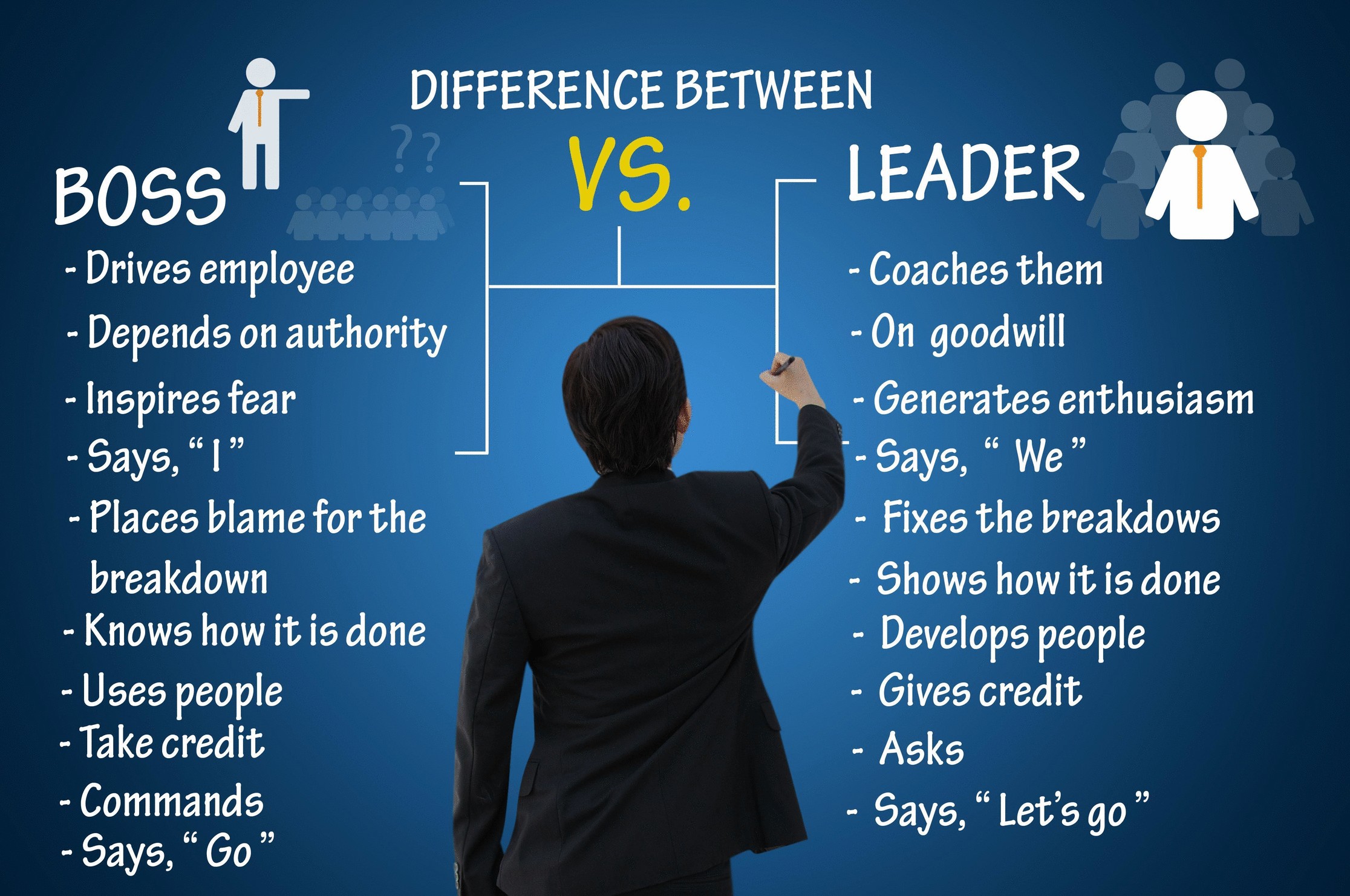 As someone who has managed a technical team, let me start by saying this: your staff takes everything you say seriously. Whether you joke around with them or not, every word that comes out of your mouth has meaning and impact to them. Because of that, I'd suggest taking a long, hard look at your management style. I had to learn the hard way that any joke I made would not be well-received, no matter how I meant it or the subject. I learned that my employees expect me to be their boss and not their friend who tells excellent jokes.

I don't read that you respect your team and the language you use toward them is demeaning. It's apparent to me that their technical skills don't measure up to what you think it should be. Trust me on this: your employees will display the exact skills that you expect from them. Expect them to be a bunch of screw-ups, and they'll do that. Expect excellence, and they'll return that.

Now, about joking with them: joking is fine, but it needs to have limits. When you joke around about them being fired, it's something that you CAN do, so there's that nagging doubt about it being possible. Personally, I can not think of any time where joking around about a person's livelihood would come across as anything other than a Michael Scott (from The Office) situation.

If you make a joke about something they joke about, it carries a different weight coming from the boss. When Tony tells Bob "you suck", it means something totally different than when the boss (even jokingly) says "you suck". So I'd really suggest sticking to something not related to jobs, performance, tasks at hand, skills, something you can do, etc. As the boss, you're not one of them, no matter how hard you try. Keep the jokes for your peers, and be more professional with your staff. I think you'll find that your relationship will improve with them, and they'll respect you more.

Your co-workers might not find you very constructive and trustworthy.

Criticize their work, not the person. Say what has to be improved. If you have suggestions as their senior, be helpful. Your co-workers aren't helped in any way by being told that they suck. Actually, they would likely want to improve their skills and capacities. Give them suggestions, and also be open to their suggestions as that would make them feel more valued and increase the job satisfaction. A happy employee is a productive employee.

Cut the ad hominem jokes and sarcasm. Apologize for this behavior. Be honest, and tell them you didn't want to hurt them, and that you will improve in giving constructive feedback (in their benefit).

I'm very sorry for my way of giving feedback. I will try to cut the sarcastic jokes. Instead I will try give constructive feedback so we can all grow as professionals.

Lastly you could finish with

I would appreciate if you gave me constructive feedback as well. Whenever you think I can improve something, whether it be code or issues with my management style, please let me know.

123
How do I tell a co-worker that just because something is a hobby doesn't mean I want to do it for free?
2
How to refuse a job offer that I already accepted?
12
How to tell other people that my job is only a job to me?
55
How can I convincingly communicate to a friend that I don't have a 'personal' mobile number?
80
How can I tactfully tell my ex-superior that I don't owe him anything?
15
How to politely inform others that I don't drink?
46
How to explain to coworkers that being vegan does not mean I know everything about it?
9
How to tell a coworker that you would like to date them?
10
How exactly to tell someone to not touch me