Does talking about mildly taboo topics with people normalize the subject for them?

There are a lot of topics in daily life that many people avoid mentioning outright because they're slightly "icky" or it's considered "private" or somehow mildly taboo. One of these things I've run into recently (over the past year or so) is breastfeeding.

It's something that (in the US at least) there's a major movement towards normalizing it as something that's "natural" and that women shouldn't be ashamed to do it in public or talk about it. I've never personally had issues with it - Austin is pretty liberal and anyone speaking up about it being "disgusting" or "private" would likely get shamed into shutting up.

At work, I've had to deal with people asking where I'm going when I'm headed to "relieve some pressure" or "be a cow" (express milk) for later consumption by my infant son. I have a few responses I use including the two joke ones above and "I'm going to pump" but also including answers that don't mention what I'm going to do specifically.

I've generally tried to make some reference to it because I do agree that it's a natural thing that women shouldn't be ashamed of. I'm lucky that my workplace has a nice space set aside for this purpose (even with legal requirements to do so, many offices do not or have places that are basically a closet).

This is merely an example, though - I'm sure that there are dozens of other similar subjects (medical issues or sexuality or religion) and the specific topic isn't really the crux of my question so please don't use this question as a place to debate breastfeeding's benefit.

I've seen articles like this one encouraging people to talk more about taboo subjects, with a list of recommended topics to talk about more but I think it's really focusing on actual conversations.

We’re attuned to issues that were once swept under the carpet, many of us accept and embrace different sexualities and gender identities, and thousands of people confront uncomfortable issues like sexism, racism, and gender norms, among other things, every single day. Humans have come a long way! Unfortunately, we still have a very long way to go. There are still a lot of taboo subjects out there that aren’t touched upon often enough, and we really need to start talking about them more.

What I want to know is, do studies show that mentioning a "taboo" topic to someone has a "normalizing" effect in relation to that topic on those people? If it does, I'm happy to continue but if it doesn't, it may be better to stop risking making my friends and coworkers uncomfortable.

Here's one interesting study that actually set out to see if they could reproduce the finding of a previous fraudulent study... 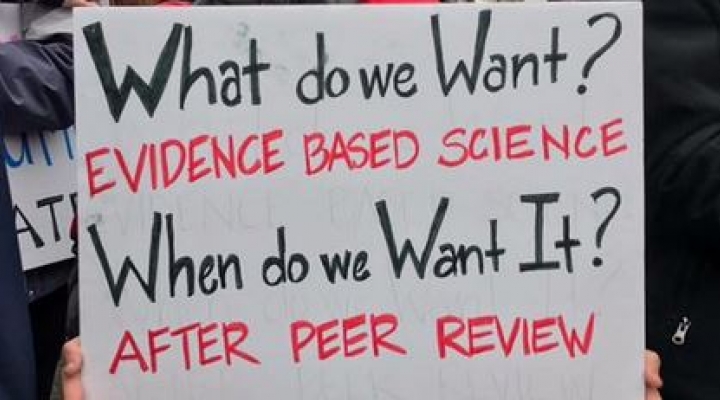 ... volunteers from the Los Angeles LGBT Center and SAVE, a Florida LGBT organization asked voters what they thought about the recent law? [protecting trans rights] Would they watch this video and talk about their reactions? Could they talk about a time when they had been on the receiving end of negative judgment or stigma? Did that help them to understand what a transgender life is like? Did that change their views?

It was a deliberate strategy, and it worked—durably and dramatically. These ten-minute conversations, known as “deep canvassing,” substantially reduced prejudice against transgender people for at least three months, even in the face of anti-transgender ad campaigns. Not all the voters were swayed, but on average, they experienced a drop in transphobia greater than the fall in homophobia among average Americans from 1998 to 2012. The canvassers, through ten-minute chats, had produced the equivalent of 14 years of social change.

The emphasis was mine, but I suspect that it may be the key to helping people get over some of their prejudices regarding taboo and formerly taboo issues.

It's not just talking about it, but how you talk about it. Most people have been stigmatised, ridiculed, or discriminated against for something at some point in their lives. If you can get people to remember that feeling and then coax them towards understanding that other people feel that way because of X, then there's a chance that you can get them feel some sympathy and maybe even a little empathy.

Anecdotally I can sort of confirm these findings through personal experience. It's one thing to have ideas about a group of people or an issue, but it's another thing to actually sit and talk with someone directly effected by those ideas. I've dealt with a pretty good handful of people who were openly phobic until they got to know me, many of them came around eventually.

Also... I notice that people around me have grown accustomed to my excentricity, I regularly talk about "taboo" subjects and they rarely/never seem shocked or unsettled when I bring up issues of sexuality, gender, foul language, divisive politics, or php so there might be something to be said for desensitizing through exposure. Unfortunately I couldn't find a study on that...

But your question body suggests you just 'mention' them.

Do studies show that mentioning a "taboo" topic to someone has a "normalizing" effect in relation to that topic on those people?

You were right stating this about the article:

I think it's really focusing on actual conversations.

From what I read in your question, you're not 'discussing' the breastfeeding with your colleagues, but you only mention it in passing when you're going to do it. For me, there's a significant difference between 'discussing/talking about' and 'mentioning' a topic. So for the sake of this answer, I'm working from the premise that you are having an actual talk/discussion about a taboo subject because that's the part I think that can be answered.

I'd like you to take a look at this web comic. No really, read it. It does a really good job at explaining 'the backfire effect'. This effect is the explanation for 'why' people feel uncomfortable when you discuss topics with them that are taboo (for them), and it's also of huge importance as an answer to whether such discussions actually cause any change in people's perceptions of the topics, the answer being that it's very dependent on the person with which these things are discussed.

A taboo is a vehement prohibition of an action based on the belief that such behavior is either too sacred or too accursed for ordinary individuals to undertake.

So basically, when trying to normalise the discussion of a taboo topic, you're challenging somebodies belief that that specific topic shouldn't be discussed, at all. That's a difficult thing to do. Because of the backfire effect, openly challenging an idea (that you shouldn't discuss things) might actually confirm for those people the idea that this is exactly something that shouldn't be discussed.

Based on a list of sources I have read:

I've made the following conclusions:

If you're going to have a real talk/discussion about a taboo topic and you want to change a person's perspective of that topic, a lot depends on how you discuss the topic AND how open the other person is to changing their perception, but if these are both present, it will certainly help in normalising the topic

Do studies show that mentioning a "taboo" topic to someone has a "normalizing" effect in relation to that topic on those people? If it does, I'm happy to continue but if it doesn't, it may be better to stop risking making my friends and coworkers uncomfortable.

I'd say the benefits outweigh the risks on this point. You're making a statement that you're ready to discuss these things people, when they are ready. If you're making people very uncomfortable, they will show/tell you. And even that opens up a conversation in which you can explain why you aren't uncomfortable mentioning the topic. So, after the research I have done, I'd say just continue what you're doing, until you're asked to do otherwise, then respect that person wishes if you can.

Reading the example taboo topic of breastfeeding made me want to share how breastfeeding and the inability to breastfeed affected my family. That isn't the question, but it would be public evidence of normalization. Someone else might have read the same example and thought, "that kind of thing shouldn't be discussed in public" Which would have been evidence against normalization if the thought were known. But it is the nature of a taboo that it isn't discussed, and when it is discussed, people tend to characterize their comments in the most PC way, which makes an accurate study on the topic problematic.

In order to understand what type of study we are looking for, we first need to define what it means to normalize a topic for someone. That is up to @Catija, but it appears from context that for her, normalize would mean that she could discuss breastfeeding with a coworker, without that coworker feeling uncomfortable about it. I think she would view that as a positive result.

Intuitively, her joking mentions of the topic signal that someone in the office is comfortable discussing the topic. That is most likely to invite further discussion. For example, a male coworker previously shy about the topic may be emboldened to ask you(as the defacto expert) "If a woman is breastfeeding in public, is it ok to look?" Is that still a positive result? The joking could make some momentarily slightly uncomfortable, even to the extent that someone makes a conscious choice to avoid discussing it, but I find that unlikely, even less likely that such person would ever make that decision known.

Therefore we are looking for a study that concludes mentioning a taboo topic makes it less taboo.

Deconstructing Organizational Taboos: The Suppression of Gender Conflict in Organizations http://pubsonline.informs.org/doi/abs/10.1287/orsc.1.4.339 I remember hearing a lecture years ago about this study.

Not the answer you're looking for? Browse other questions tagged conversations awkward-situations academic-research taboo or ask your own question.

16
What to do when a group conversation is not interesting?
10
How to use book knowledge in casual conversation?
29
How can I correct my family's use of language related to LGBT+ issues without making them uncomfortable?
5
How to prevent a coworker from engaging inappropriate talk about personal finances?
2
How arrange for a private meeting to 'reveal' my suicide attempt to a group of old friends
9
How can I tactfully on a conflict-avoidance way, inform memorably a group of feminists some of their arguments affect our community because misandry?
7
How do I steer the conversation with my Mom away from the same few topics we always discuss?
24
Asking questions about sexism without sounding like I'm… 'part of the problem'?
39
How to honestly answer questions from a girlfriend like “How did you find this place” without giving the impression I'm always talking about my exes?
4
How to debate with someone who uses other people's arguments as their own?