Stack Overflow for Teams is moving to its own domain! When the migration is complete, you will access your Teams at stackoverflowteams.com, and they will no longer appear in the left sidebar on stackoverflow.com.

Check your email for updates.

Is there a polite way to ask a kid to "move along"? 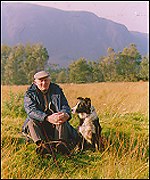 55
How to act when people bring a baby to work?
145
Arguing science with a passionate non-scientist?
86
What is the etiquette for asking a dog owner before I pet their dog?
164
As a pedestrian, how to get someone to stop following you in a car?
9
How do I deal with persistent and ill-behaved neighborhood children who are always coming over?
63
How can I explain to a friend's child that I don't like sleepovers without parents?
10
Neighbor unhappy with the fact I asked his kids to return our toys
14
How can I offer to take care of the dog of a stranger when he/she is not home?
5
How to tell beginner pickleball player they shouldn't play?